I just returned from an incredible 6-week trip in Togo, Africa that I am excited to share. So much happened that it’s hard to know where to begin, so I’m going to try to summarize my experience and spare you from a 20-page letter.

We officially moved the team to our permanent headquarters on our 20-acre farm, we had 75 surgeries performed in our new ambulance donated by ETMC Regional Health Center, two new missionaries joined our team to volunteer for a year, and a new friend of mine became a convert to Christianity.

God is always working on my heart during these trips, and it’s always so much to take in. It’s such a blessing to see so many lives impact in such powerful ways. Some of the people we serve are receiving their sight after a decade of blindness, like a 17-year-old boy who had been blind since he was 7 (and who also gave his life to Christ). While others, seemingly neglected by the world around them, are simply longing for someone to care for them. 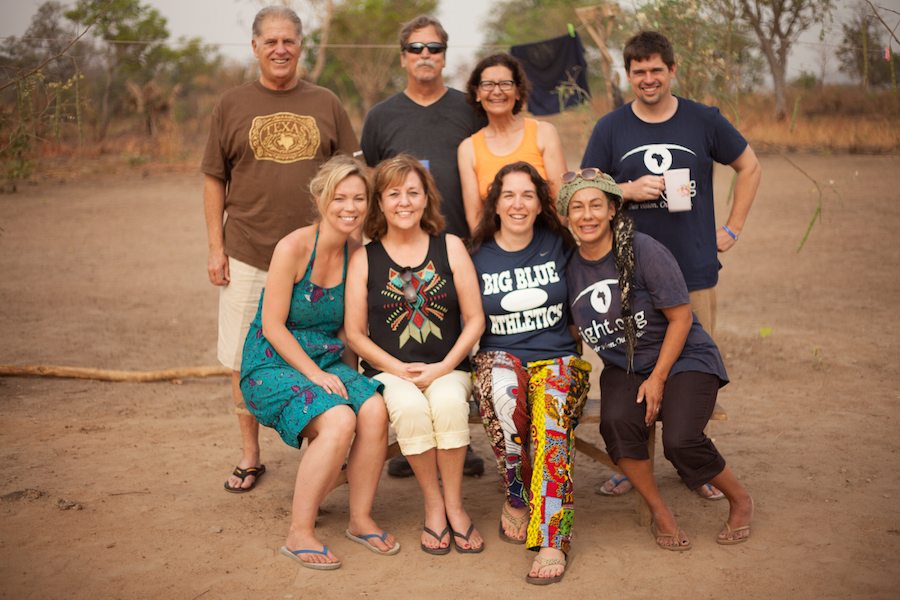 For the most part, I’m always traveling solo on my flights to Africa, but that was not the case this time. My wife, Naomi, my Communications Director, Beth Reed, two ministers, Larry and Linda Payne, and two missionaries, Wayne and Elaine Riley, all joined me on this adventure. The trip began with us moving from our old headquarters in the capital city of Togo to our new headquarters three hours north. This new headquarters is geographically central to our region of eye care, making all of our areas of operation a couple of hours within reach. This new move brings down many of the costs and hours spent on the road on a weekly basis. Our new headquarters is also a beautiful 20-acre farm with lot’s of things to do and with many wonderful people that come through to greet us on a daily basis. It’s incredibly lush throughout most of the year, and has become our new oasis. 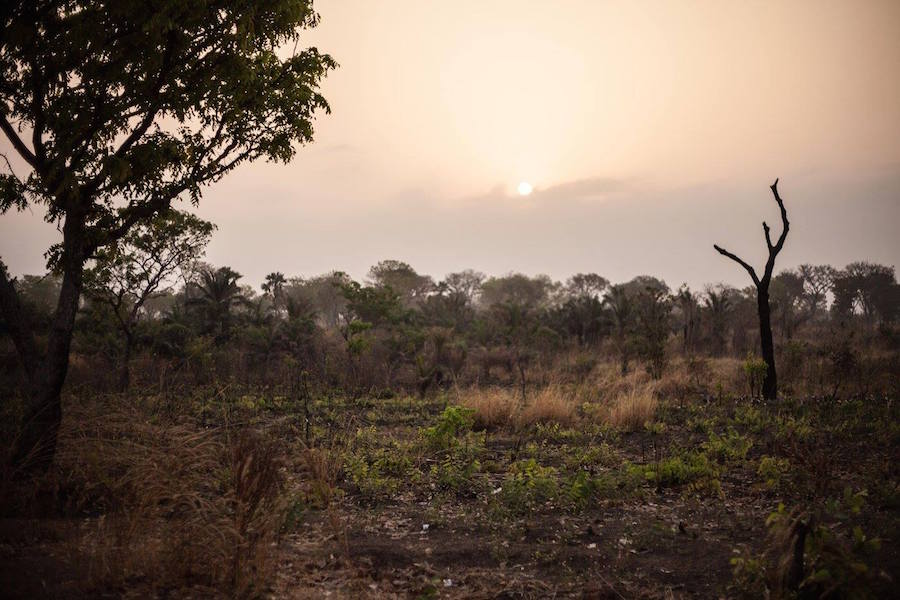 While heading out for our first medical mission, I had the pleasure of riding in the back of our new ambulance. It was the first time for me to see our new mobile eye clinic in action. Our mobile clinic, which is a modified ambulance donated by ETMC, has made a world of a difference in how we perform surgeries. With our team going to the poorest and most remote parts of Africa to perform eye surgeries, each outreach has been a logistic nightmare. Previously, we had to create makeshift surgical rooms in dilapidated bat infested clinics, and it would take a couple of days to prep the rooms before we had a sterile environment suitable for surgery. This ambulance brought this two-day logistic nightmare down to a two-hour breeze. With this ambulance, we’re able to drive into some of the most rural parts of Africa, and within two hours we are ready to perform surgeries in a sterile air-conditioned environment.

Watching the surgeries performed in the ambulance was a dream come true. The ambulance was so practical for performing eye surgeries that it seemed as if it wasn’t designed for anything else; and there were no fears of bats flying over our heads either! If I were to receive an eye surgery in Togo, Africa, this is where I would want to be. 75 surgeries were performed in the short time I was with our team, and all of them were a success. Their eye patches are removed the following morning, and at that moment, they could see! Rejoicing, hallelujahs, and songs of glorifying God often follow. I would compare their expressions to someone who is being released from a dark dungeon… and in some ways, that’s exactly what’s happening. 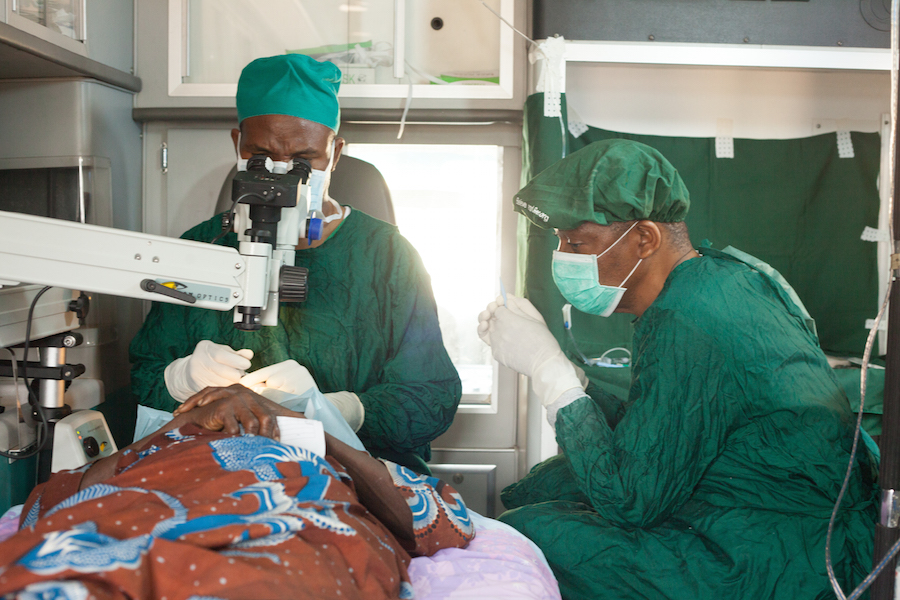 Witnessing people receive their sight was such a joy, but a greater joy was the people whom I had the honor to serve alongside of. The level of sacrifice and passion in the hearts of our team is simply mind-blowing. Our team of volunteers and employees are made up of 7 nationalities and many live far from home and family in order to serve. For 4 days out of each week, this team travels to some of the poorest and most remote parts of Togo in order to share the good news of Christ while extending Christ’s healing hand to the blind. So many lives are touched by this group, and through them, many are coming to know Christ. 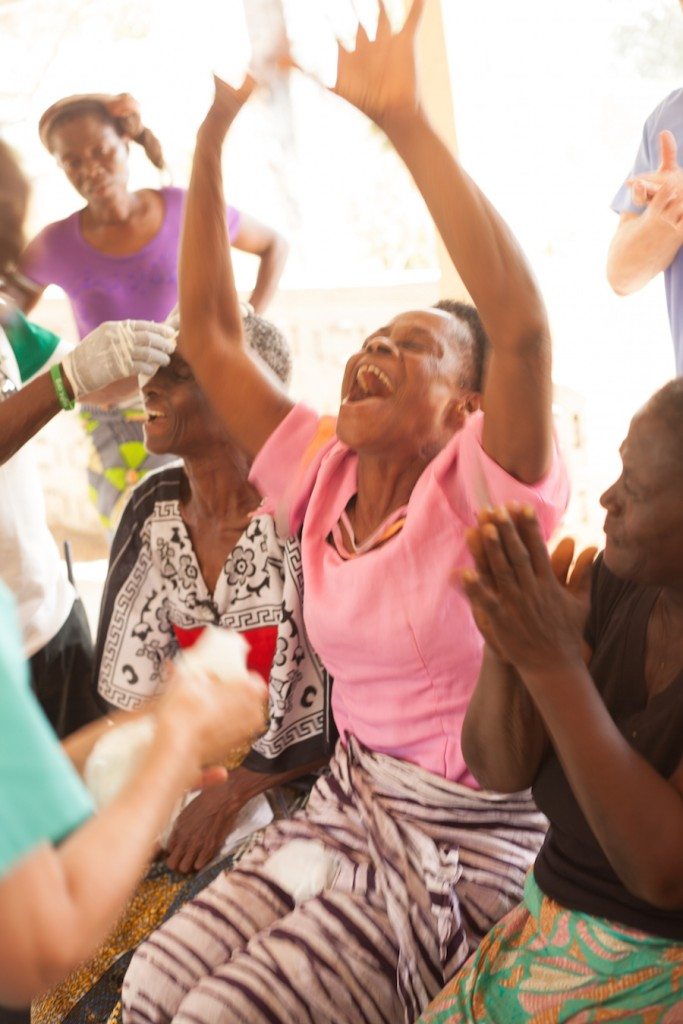 The time I spent with this group of people is invaluable to me. A few of the team members were separated from their family during brutal war back when they we children, yet they are so grateful for how faithful God has been in their lives. One may stay up praying until 2 am, while another wakes up to begin his prayers at 4 am. Each has a wonderful personality and all of our team members bring something unique to the team. I always have a spiritual boost when I visit the team in Africa, and often it’s because I’m seeing the size of our challenges face to face. What this team has already accomplished in such a short period of time is nothing less than extraordinary, and we can only thank God for that.

Thank you for taking the time to read this letter. There are some amazing stories and experiences that I will send in future letters, as they are worthy of being stories of their own.

We are enabled by donors and empowered by prayers.
Giving the gift of sight and the gospel costs $150.
Also, you can give $12.50—monthly at Sight.org/donate to restore a person’s sight each year.
Join us in prayer at Sight.org/pray.