The first time I saw Ishaka, all I noticed was his huge smile. No matter what, he is always smiling. That smile is contagious too! 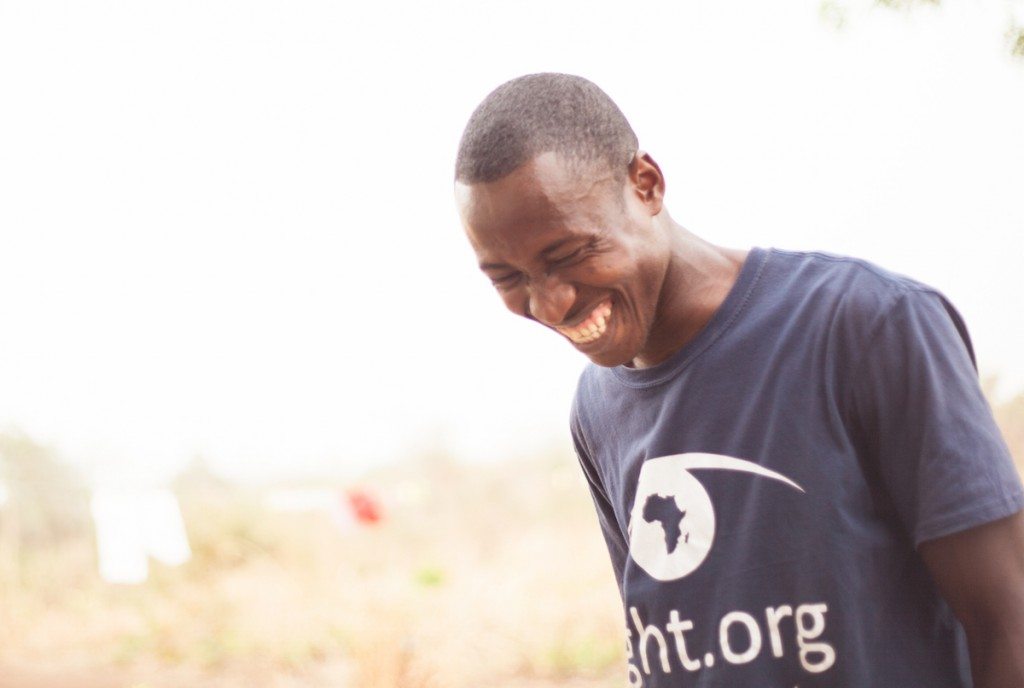 Ishaka is the king of our sterilization team in Togo. He and Izaie, who he trained, work tirelessly outside the ambulance during eye surgeries. 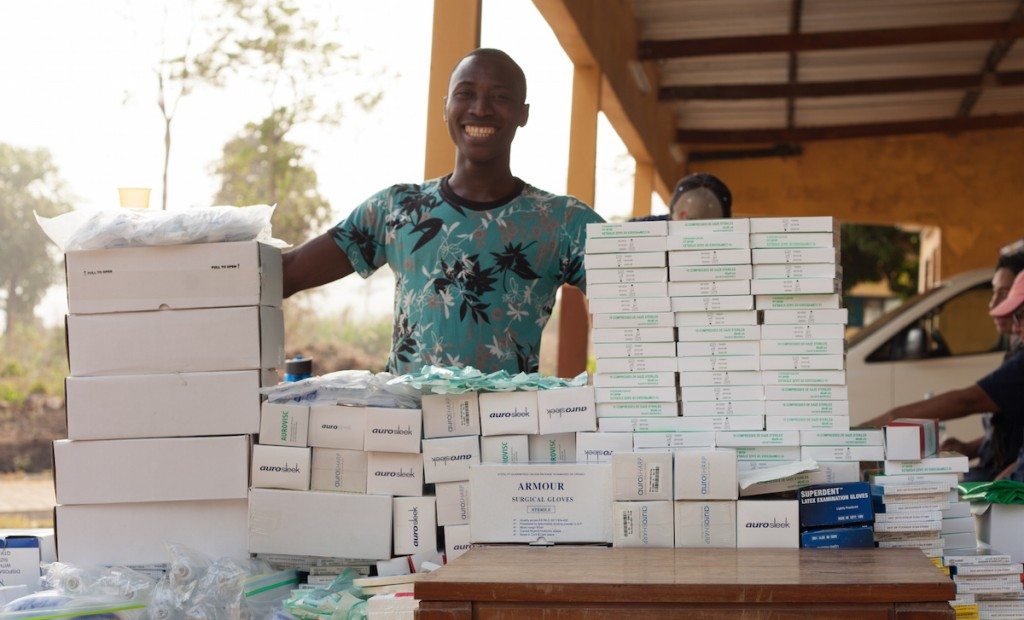 Despite Ishaka’s constant smile, his life has not been so easy.

Ishaka was born in Sierra Leone. He was only seven years old during their civil war. He and his family had to flee from the soldiers. He fled with his mother and carried his one-year-old brother on his back. As they were running, they came to a place where they had to decide between two directions. His mother wanted to go one way but Ishaka, even at the age of seven, felt very strongly that they should go the other way.

He told his mother that if she chose to go her way, she would have to leave him. She chose Ishaka’s way, and they were safe.

Ishaka later was orphaned and went to live with his cousins. His entire family was Muslim, so that is all he knew to believe. A few years ago, he traveled to Togo to work for a different non-profit. However, those plans fell through because of the Ebola outbreak. He and four other young men were all stranded and didn’t know what to do. A mutual friend connected them to Laurie, our Medical Director. Laurie had been praying for new workers and each one of them filled the empty spaces in the ministry perfectly.

When he came to work with Sight.org, he heard about Jesus and fell in love with Him. He devours the Word of God and often can be seen reading it for hours. He now encourages everyone around him with words of truth that he has read in his Bible.

Ishaka takes a lot of pride in his work with Sight.org.

This is the (surgery) day in the life of Ishaka:

Wake up at 5 am after sleeping in a tent.

Prepare the ambulance and sterilization space.

Get water from the local water pump and put it through the water purification tank.

Start surgeries around 8 am.

Observe surgery through side window of ambulance.

(Repeat 10-15 times until surgeries are complete)

Refuse to eat until all surgeries are done. 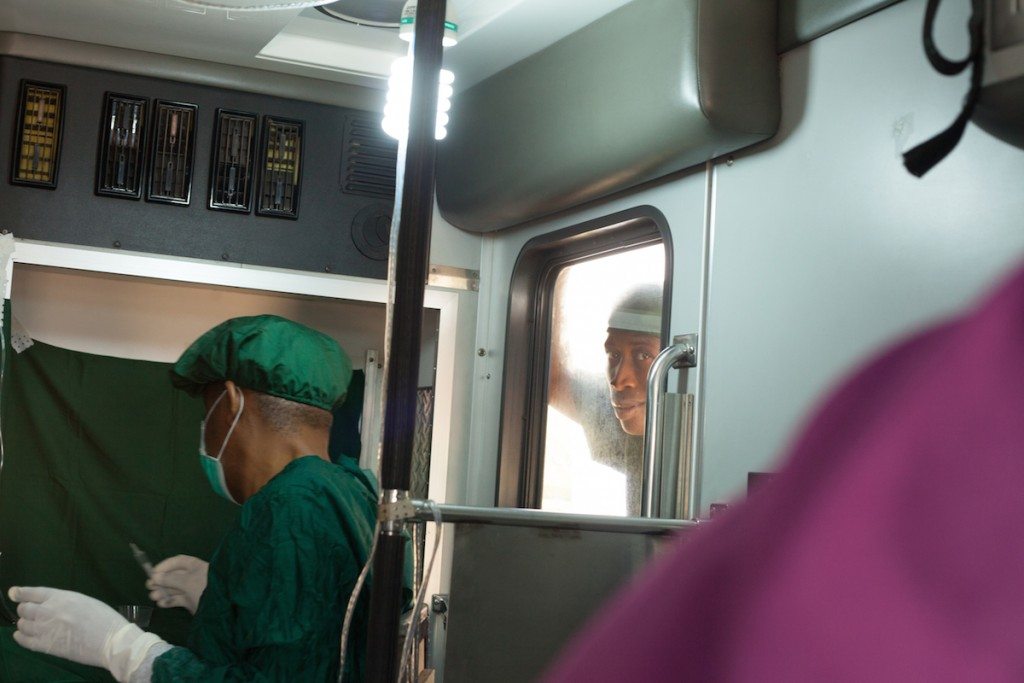 As I observed his daily routine during surgeries, I was overwhelmed by his constant smile.

He was so happy to be doing this work.

He loved it and was happy to work so hard! We could hear his laugh throughout the day as he sterilized instruments.

At one point, I snuck back to observe their process.

Ishaka and Izaie use a Berkey water filter and a pressure cooker for sterilization.

They have it down to a perfect science, and they are so proud of their work! 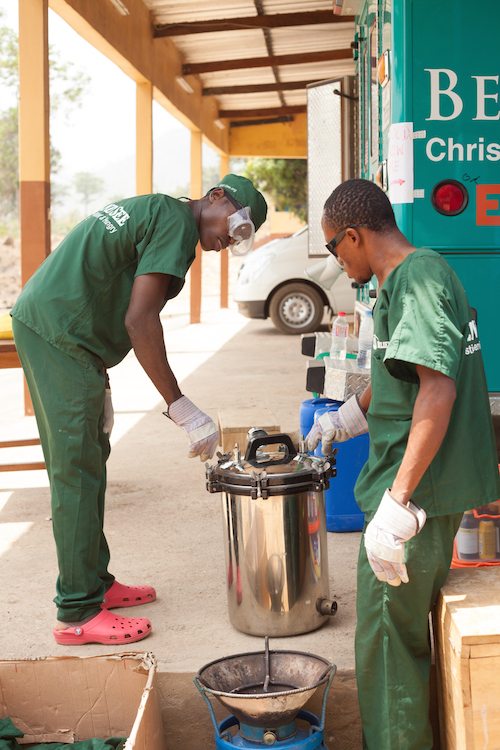 I was also overwhelmed by Ishaka’s hunger for knowledge.

He observes every surgery, not because he has to, but because he wants to learn all that he can. He would love to be a doctor one day. 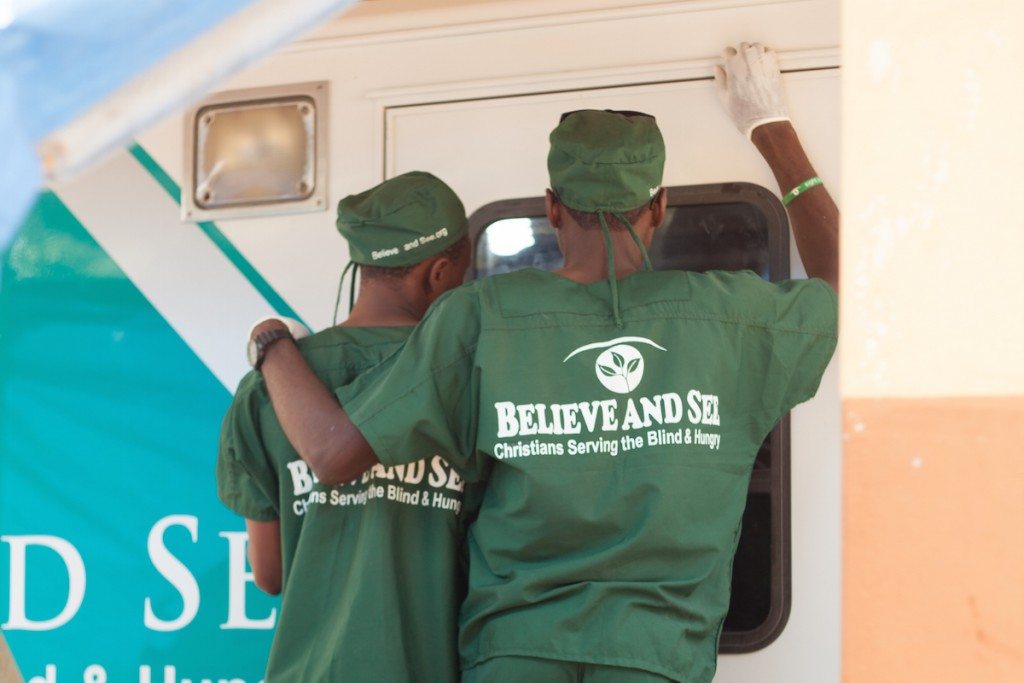 He also longs to take the SAT so that he can further his education. We took him a SAT training book on the last trip. After a few days of looking through it, he asked me to send him a grammar book. When he received it, he was ecstatic.

Ishaka is also extremely athletic. If he finds any down time, he rides for miles on his bicycle, plays soccer with the kids on the farm, or runs up and down mountains.

Our surgery location in Amlame is at the foot of a small mountain. The first day we were there, Ishaka told me that he likes to climb that mountain after all the surgeries are done. I love a good adventure, so I told him that I wanted to climb it with him. 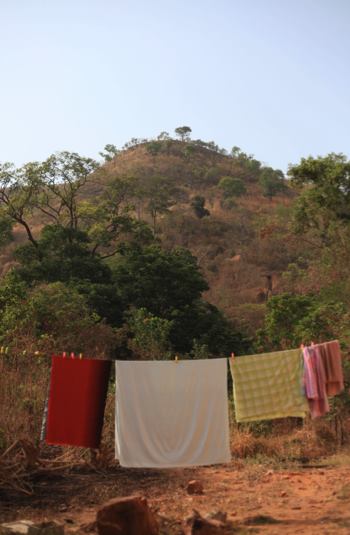 The night before we were supposed to climb it, he told me to get up at 5 am to go.

If you know me, you know that I am not a morning person, but I couldn’t pass this adventure up. I got up at 5 and realized that Ishaka had already run up and down the mountain once because he didn’t think I was actually going to do it. When he got back down, I told him he had to take me back up.

It only took him fifteen minutes to climb it, so I figured I had plenty of time before we left that day. Two other team members took the trek with me. At first it was easy, but it quickly became really steep. We huffed and puffed our way up the mountain, and it took us a full hour to get up that mountain! It was well worth it though. We got to see the beauty of the entire village of Amlame. 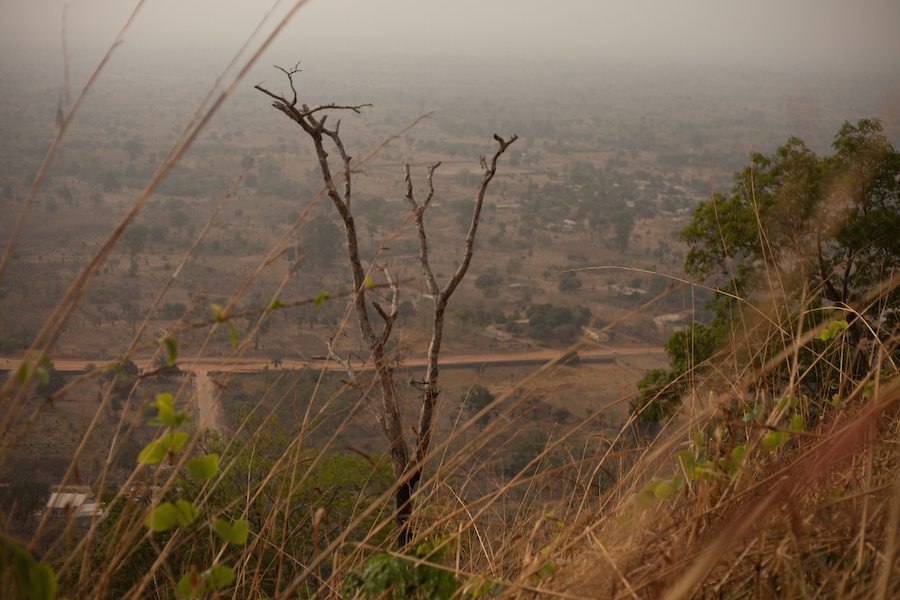 As we went back down, Ishaka led us down an extremely steep path. The other team members and I decided to try to take a more winding path that wouldn’t be so steep. We quickly got stuck. We immediately heard Ishaka laughing at us from below. He rescued us and took us on the right path.

He said, “Beth, do you know what the lesson is in this? When you are being led by an expert, stay with him and do not vary from the path.” I felt foolish, but I will never forget that excursion up the mountain with Ishaka! And, he says that I am the only American woman to ever climb that mountain, so I am pretty proud of that (whether it is true or not.) 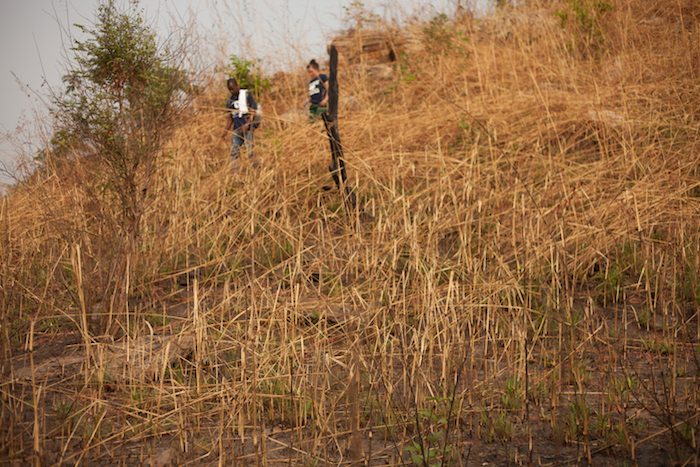 Our team is so thankful for Ishaka. I could tell you ten more stories about his hard work, encouragement, and love for Jesus, but those will have to wait.