You are truly amazing and we thank you.

Since you and I began this journey of restoring sight to the blind and furthering the gospel in Togo, we have touched more lives than I had ever imagined. Even if you have only given $150 in the life of Sight.org, there is a person in the world who was blind that can now see because of you. It may be someone who is now able to work, or a child who can now go to school. If it were not for your selfless act of reaching out to make a difference, someone in Africa would very likely have remained blind to this day and for years to come. You would have never given to Sight.org if you didn’t have a heart for others, and this characteristic in you is something the world longs to see.

You have been generous, and the world is a better place thanks to you! 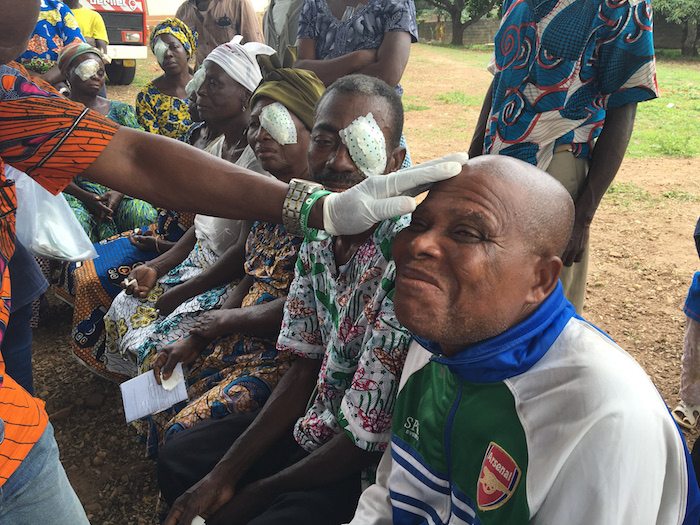 Through your support, the team has been growing in tremendous ways. We’re finding that even though we are performing eye surgeries and sharing the gospel, the greatest thing God is calling us to do is to love. Every time I go to Africa, I’m hearing God telling me that my job is to love and his job is to heal. And as a result of simply loving others, I’m seeing healing in the lives of others that far surpass what I have ever seen.

On my last trip to Africa, we went to visit a new house church that we planted a few months prior. Everyone is a new convert, and we spent the majority of each day doing church, praising, worshiping, and reading from the Bible, and throughout, we would take prayer requests. On the second day, we asked the group if they had testimonies to share. This question was brought up every day, and every day we received reports of miracles! To my knowledge, God answered every single prayer that the villagers requested! From physical healings to relational healing, God was moving in such tangible ways that the missionaries (me included) were taken by surprise! As a result, a buzz went across the village of news that this little group of Christians was hearing from their God. It was amazing in ways that I cannot describe.

I have never seen a group of new believers so excited to be Christians. 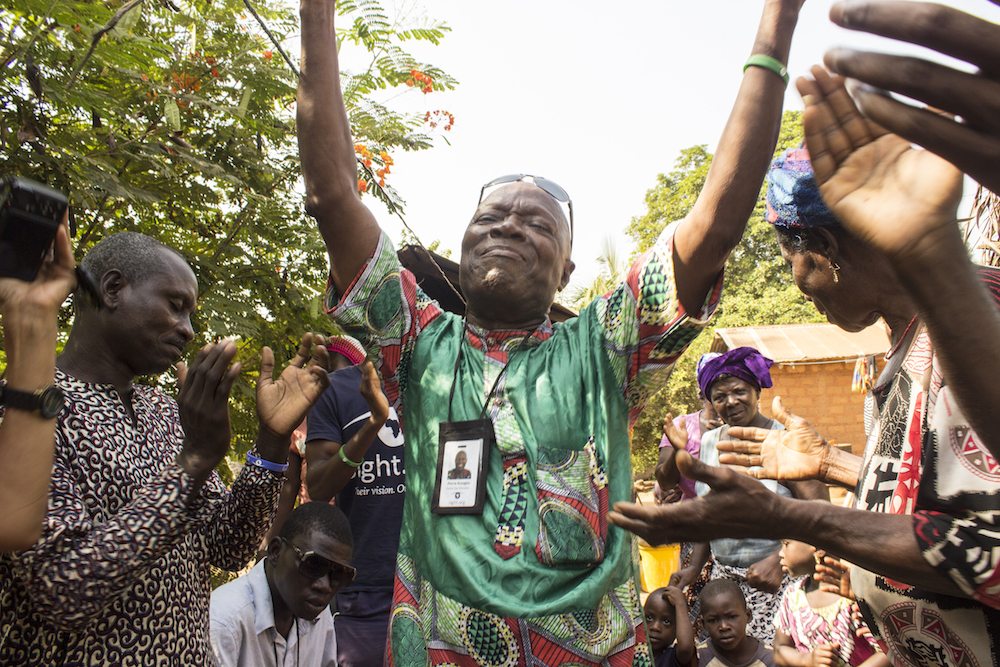 Here is one of my favorite examples of an answered prayer: A lady requested prayer for her son’s return home. He had been gone for four years. She had no idea where he had gone, she had no way of contacting him, and she didn’t even know if he was alive. The following Tuesday, guess who came into town? That’s right, her long lost son! He took three days traveling across three countries to return to his mother. After four long years, her son was finally home!

As we look back over 2016, we are so thankful for supporters like you.

Last year, we performed 450 eye surgeries. The transformation of a blind person being able to see is enormous. But what I’m finding is that the transformation through surgery doesn’t hold a candle compared to the transformations we are seeing in people who have had an encounter with God. I would like to further express the power of love through the testimonies of the following stories of Jeanaway and Malibow. For each of them, we asked God to show us how to love these two people. We knew little of what to do, but we knew that if we could love these two people, God would do the rest. 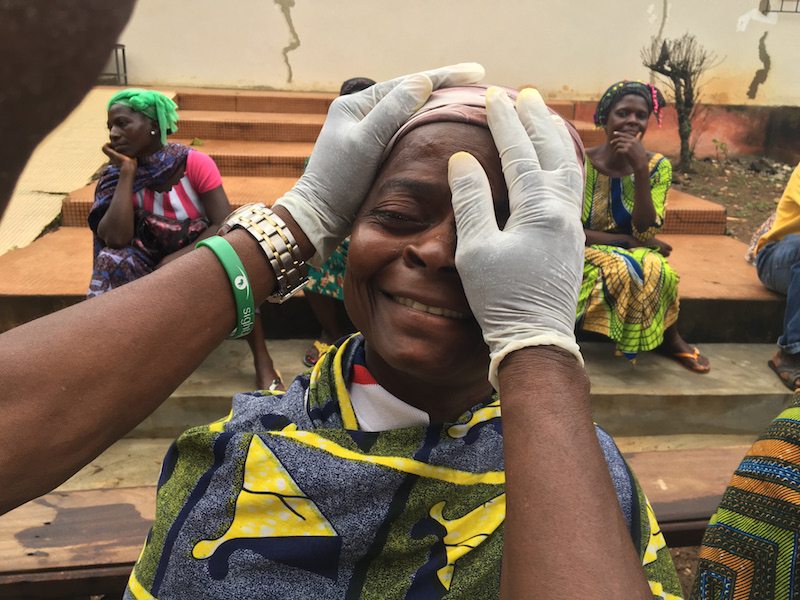 Jeanaway was seventeen years old and had been blinded by cataracts since he was seven. We immediately checked his eyes, and afterward, we asked if we could pray for him. He said that no one had ever prayed for him before, and after we prayed, he gave his life to Christ. A week later, we performed eye surgery on Jeanaway. But since then, he only wants to talk about Jesus. Months later, everyone who knew Jeanaway before has expressed that he is unrecognizable compared to who he was before.

Today, Jeanaway is a man of deep conviction whose calling is to pray for others.

People are traveling far to receive prayer from Jeanaway, and many are leaving the local witchcraft traditions as a result of his prayers over them. This is the Jeanaway we have always known, but Jeanaway tells us a darker past. Jeanaway loves to tell us about the man he was before, as he rejoices at the transformation God had made in his life. Jeanaway tells us that he tried to end his own life by drinking poison…twice. Good people stayed away from him, and bad people were attracted to him. Every time he could get ahold of money, he would spend it all on alcohol.

By his own words, he was living for hell, but now, Jeanaway says he is in paradise. 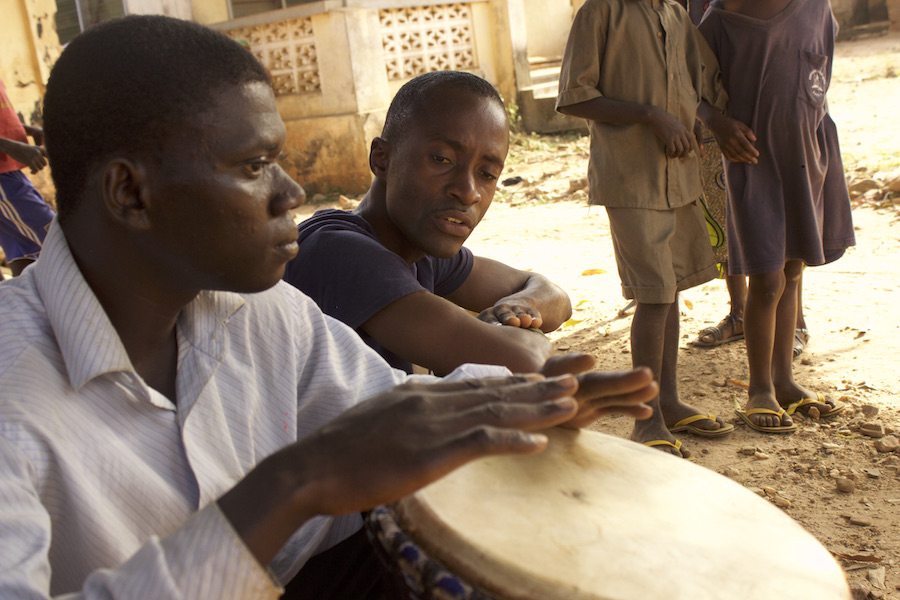 Jeanaway asked that I shared this message to others: “If I can say anything to people who have lost hope, tell them the history of my life and say, if you go and wait for Jesus, your life will change like how God changed my life. Don’t lose hope because Jesus loves you.” 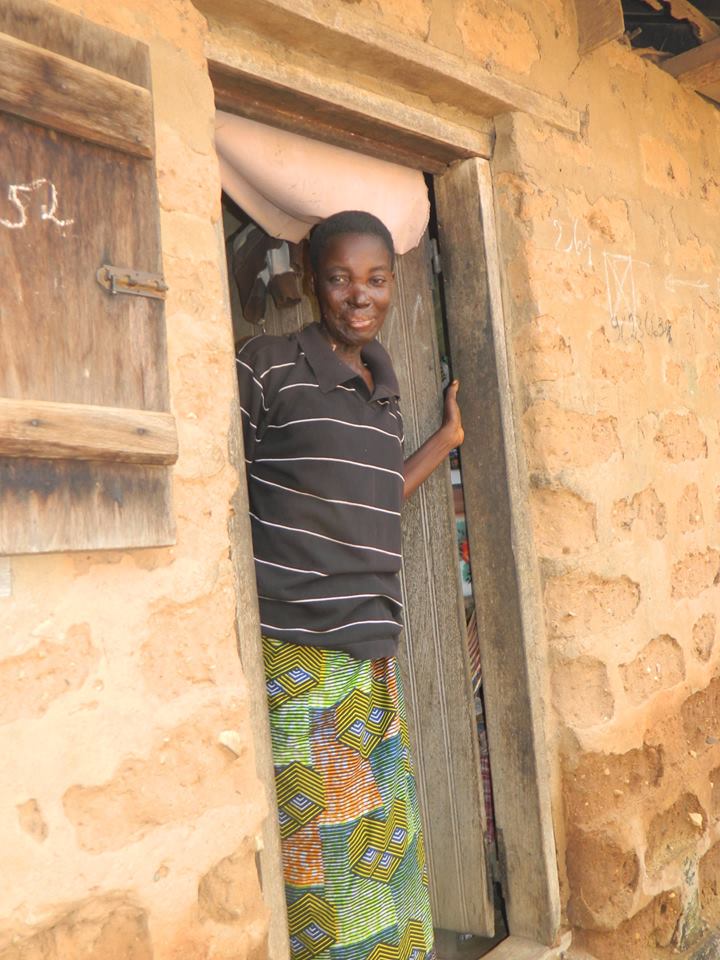 Malibow is a young lady I met a few months ago who joined a house church that we started in her village. Malibow has epilepsy, and at one point an episode caused her to severely burn part of her face. Sadly, people in Malibow’s situation are often treated as outcasts in rural African society.

When I saw her for the first time, she was drenched in shame. At the time, she kept her head down and couldn’t even look us in the eye. But over the course of these few months, God has done a major work in Malibow. Before, I refrained from taking photos of Malibow due to her emotional condition, but now, it’s a different case.

These days, she is glowing! She is a star member of our church, and every time she prays, tears start raining down her face. I feel like these pictures speak for themselves! 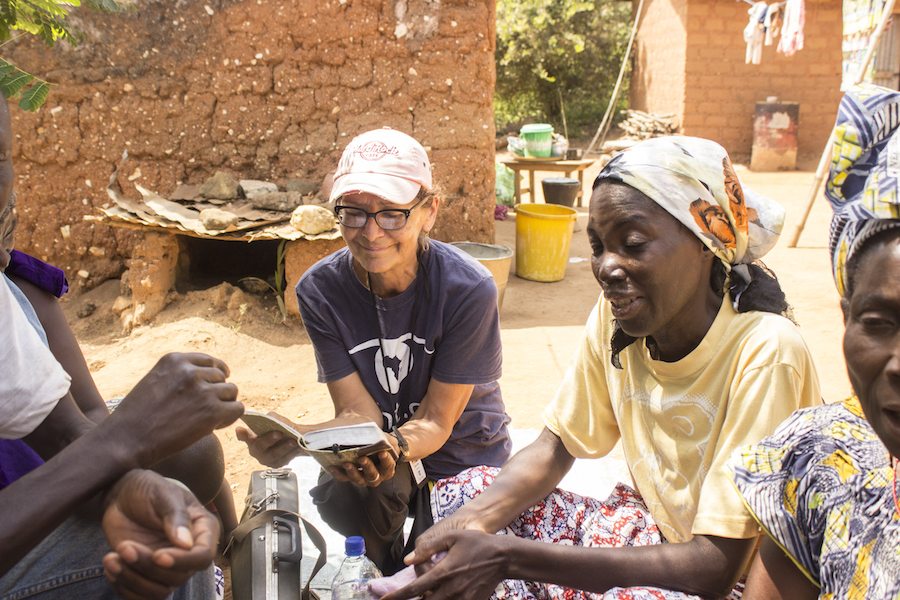 Thank you for taking the time to read this, and know that you are a big reason why all of this was possible. These testimonies are being shared to hurting people throughout Togo thanks in large part to your support! You are doing a wonderful thing, and we are very grateful for you!