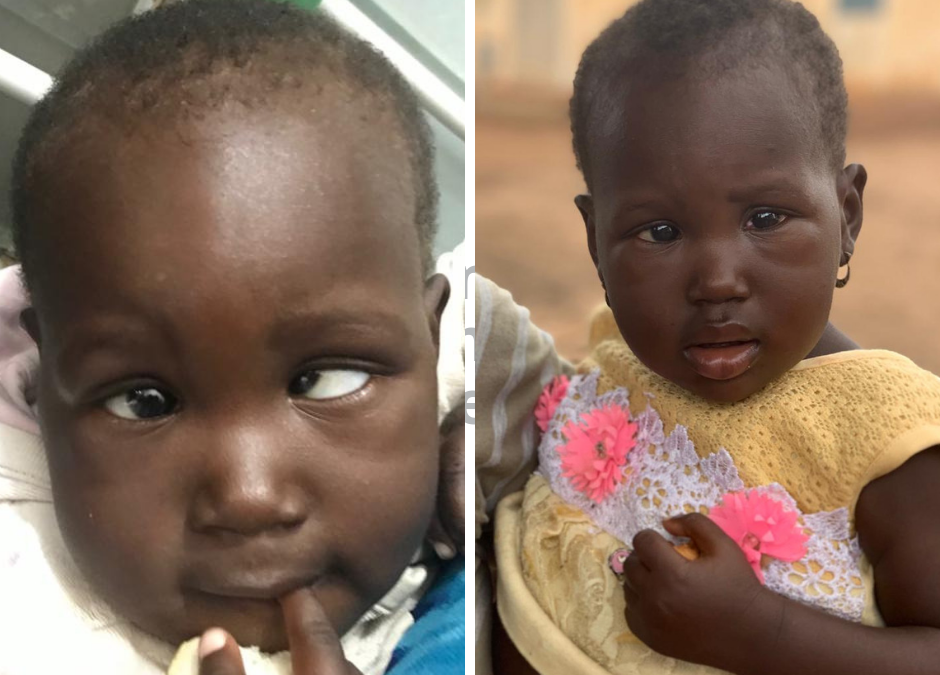 I just returned from my most recent trip to Africa. I want you to know about it since you have been such a big support to this ministry.

On this trip, our doctors performed 155 eye surgeries. Four of those surgeries were performed on children. 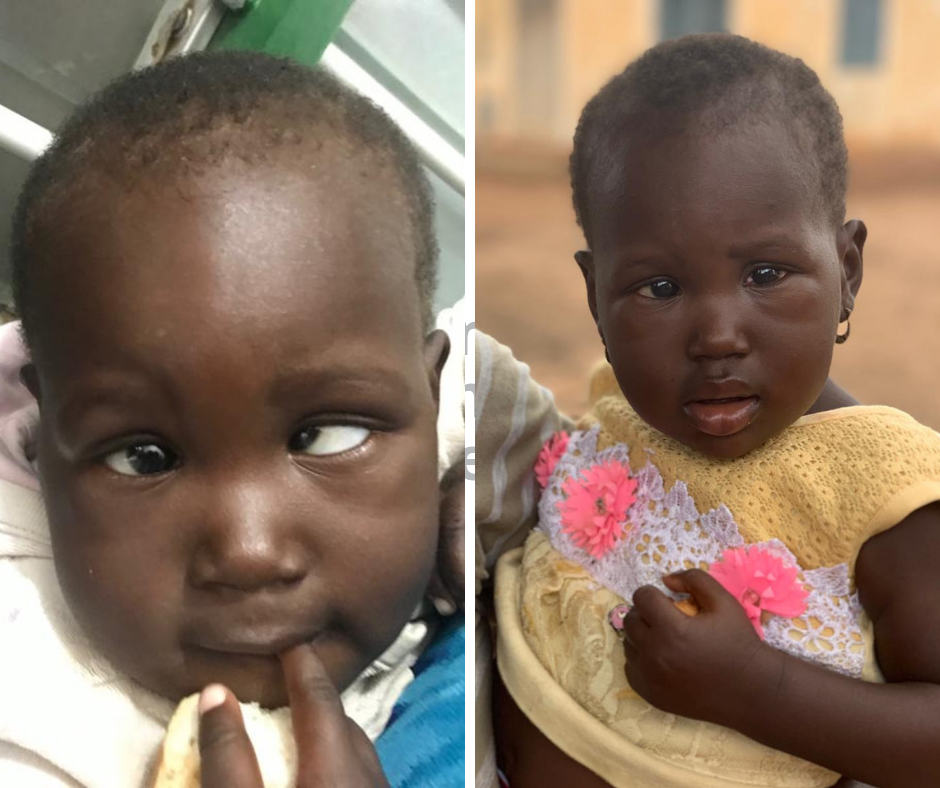 Baby Akoua’s eyes were so crossed that she saw mostly her nose all the time. She had difficulty walking and constantly bumped into things. We performed surgery on her and now her eyes are beautifully positioned and she can see well. She is starting to walk straight now. Her mother was so happy. Thank you for altering the life of this precious little girl.

During surgery we also set up a prayer tent. A constant flow of people came to the tent. The majority of the people who came to us believed in Voodoo, and many specified that they worshiped Satan. But we weren’t worried! Jesus loves Satan worshipers too!

Most of these people had zero understanding of the gospel. They had never heard the gospel, and they didn’t even know what Christians believed. Often when they came, they asked for a blessing or for advice on life challenges. We always led them directly to the real answer: our Lord Jesus Christ.

One by one, we saw dozens of people take off their Voodoo charms as they confessed Christ as Lord. One woman even took off her Voodoo bracelet and threw it into the fire. We all watched it burn together and celebrated her new found freedom in Christ. 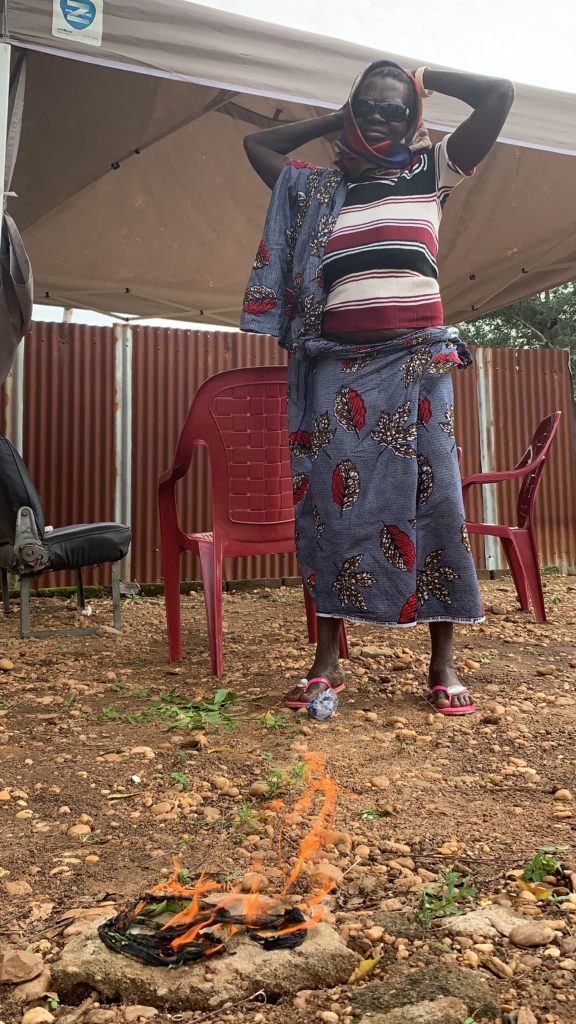 My pastor, Joseph Canal, thinks he led more people to Christ in those four days than he has in thirty years as a pastor. It was amazing and sobering at the same time.

Several people expressed that they would be the only Christians in their village. Persecution was inevitable for these people. For some, we asked them to join our discipleship program at our headquarters. For others, God had different plans. One man became a Christian who had been a Satan worshipper. Within minutes, a strong Christian from his village walked up and offered to take him under his wing.

Many people come back days later telling us all that Jesus had already done in their life. One man even told us that Jesus appeared to him in a dream.

It was such a powerful experience that tops most trips I have done. It wouldn’t have been possible without supporters like you! Thank you so much for your support! You are making an eternal impact in Togo! 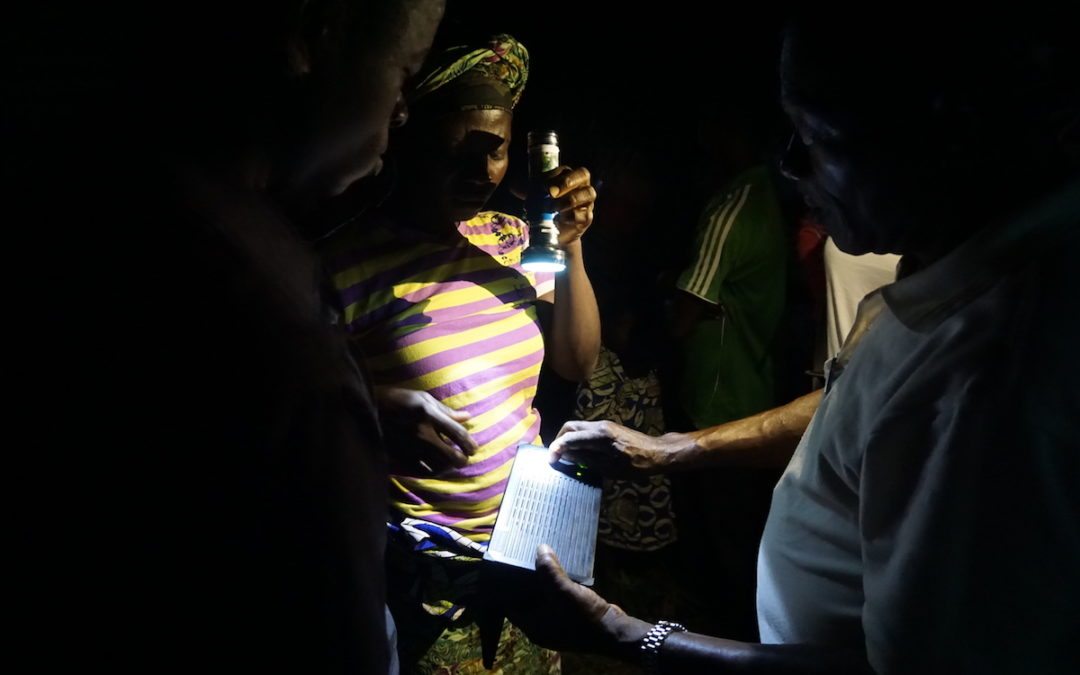 That’s what bringing the gospel to Togo’s unreached people groups seems like.

Togo is a nation with thirty-nine spoken dialects and a very poor literacy rate. 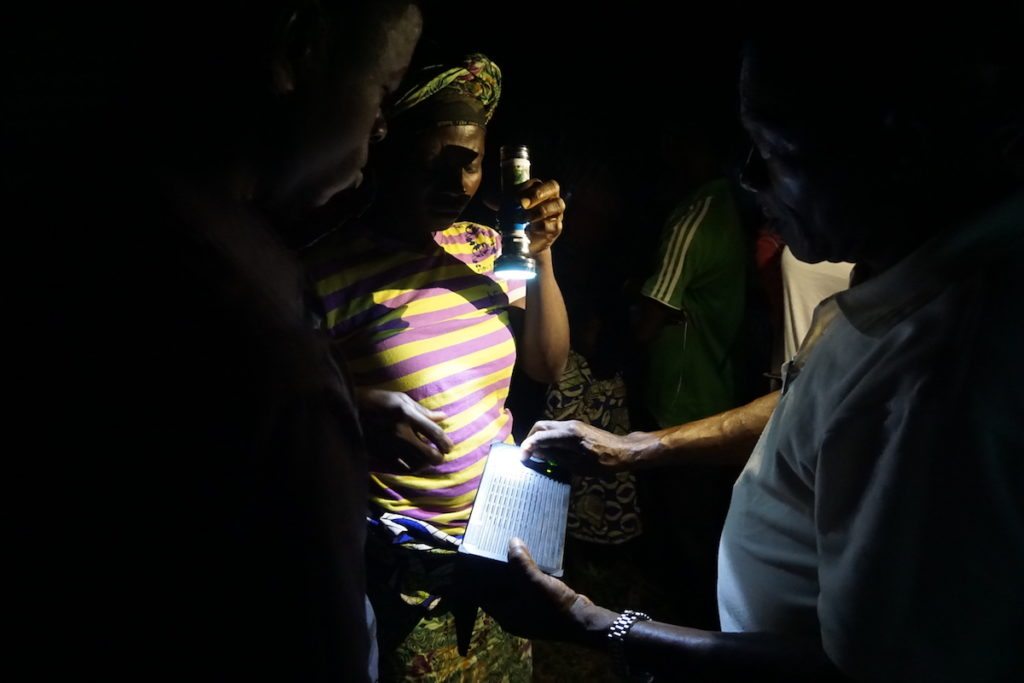 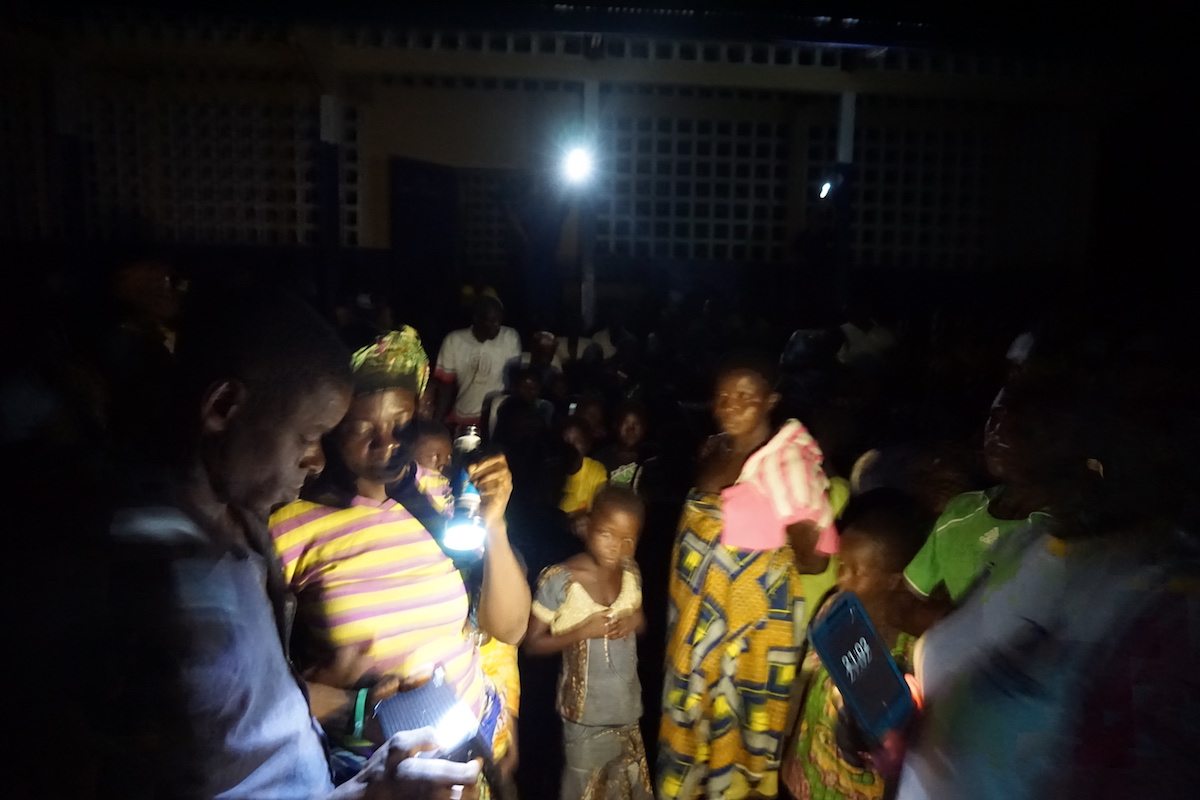 Each of these Proclaimers can broadcast recordings of the Bible to groups of up to 300 people. They are rechargeable via solar energy and hand crank.

We have given those Proclaimers to two new house churches in Togo. They are in a region with little to no access to the gospel.

Thanks to Faith Comes by Hearing, these two churches and their 250 new believers are able to come together each week to hear God’s word in their own dialect.

Thank you to our friends at Faith Comes by Hearing! 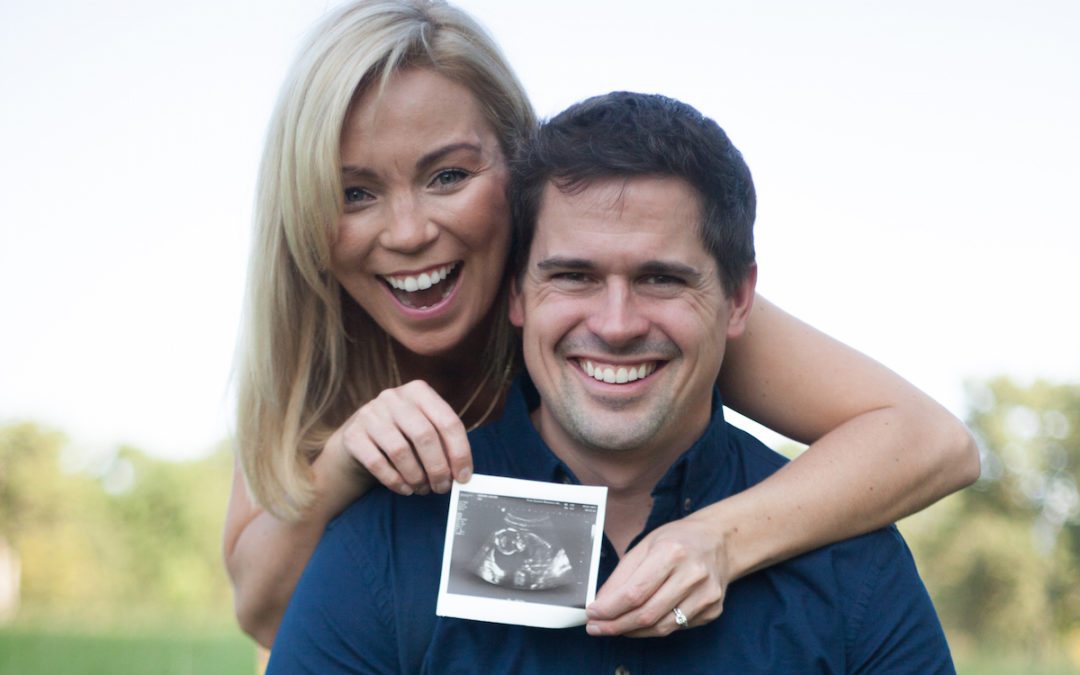 We Thank God for this Little Miracle Baby

“Naomi and I are EXCITED to announce that we have a little one on the way!

We want to give God all the glory for this little miracle baby that He has given us. It is always in His perfect timing that He gives us good gifts and cultivates something in us that we wouldn’t otherwise have, while we wait.” 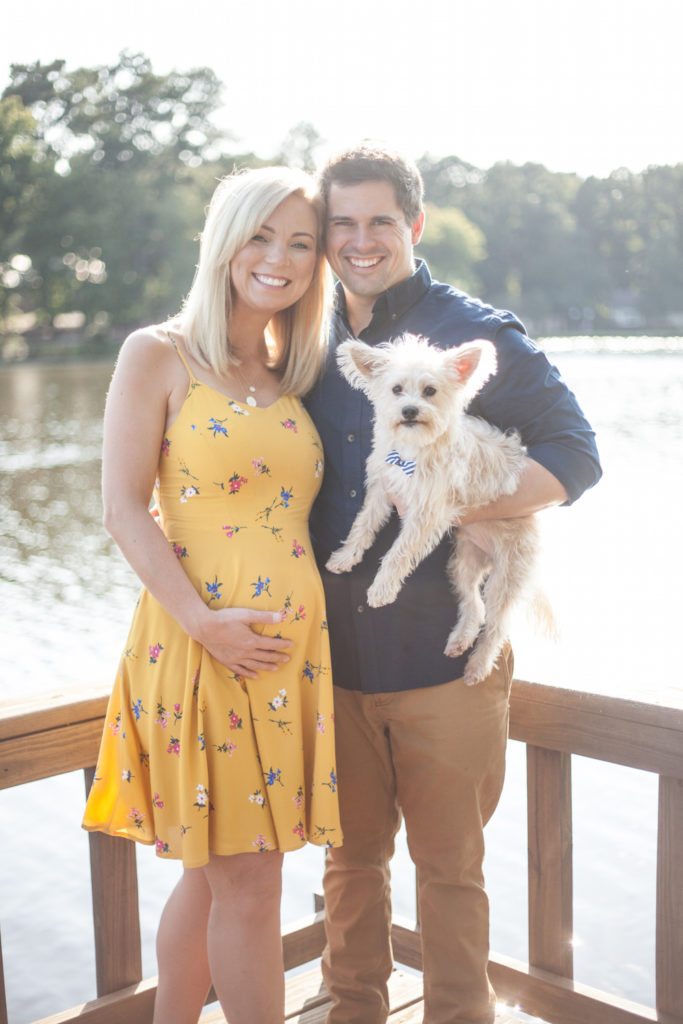 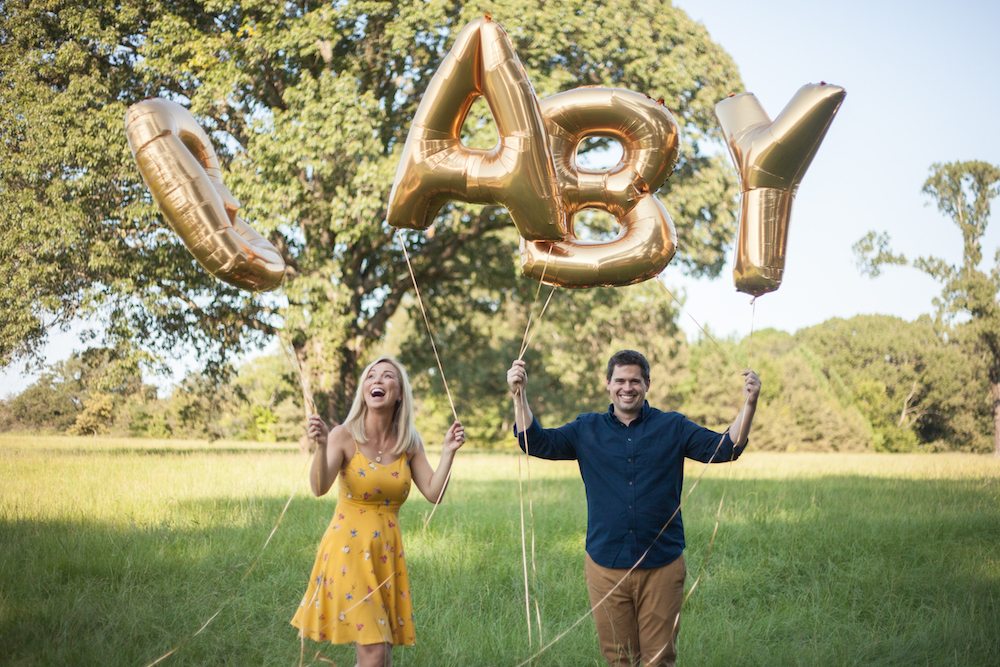 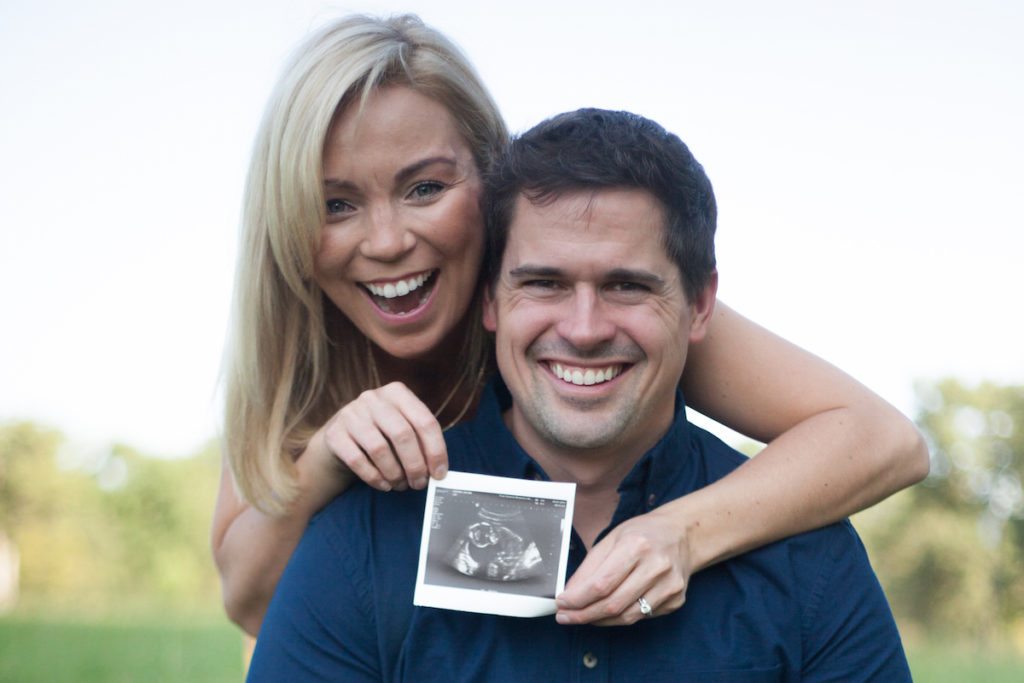 Watch video below to see the gender reveal.

We are all very excited about this new little addition to the Sight.org team!

We would love for you to pray for a healthy pregnancy for Naomi and a happy, healthy baby! 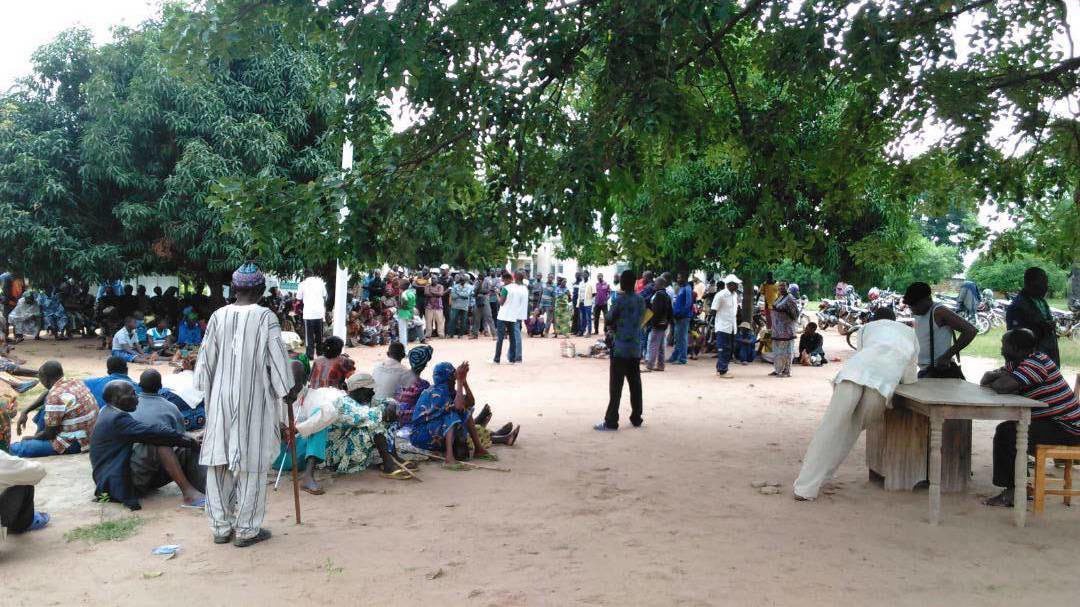 Region Where “No Charities Go” (Region of Witches)

In Africa, challenges are not always what they seem.

As you may have read, this entire year, we are serving in the region of Elavagnon in Togo.

At the beginning of this year, you were asked to start praying for this region.

We knew from the beginning, that this region would be the biggest challenge Sight.org has ever faced.

The needs in this region are immense.

We have been serving this region for six months now. We now know the reason there are so many needs. It’s not the reason we originally thought.

Lewis Swann, founder of Sight.org is in Togo this month. He is seeing Elavagnon with his own eyes. He sent the following story to illustrate the reason for so many needs.

“When I arrived to Togo, Africa, I immediately traveled five hours north to join the medical team to perform fifty eye surgeries in a region called Elavagnon. 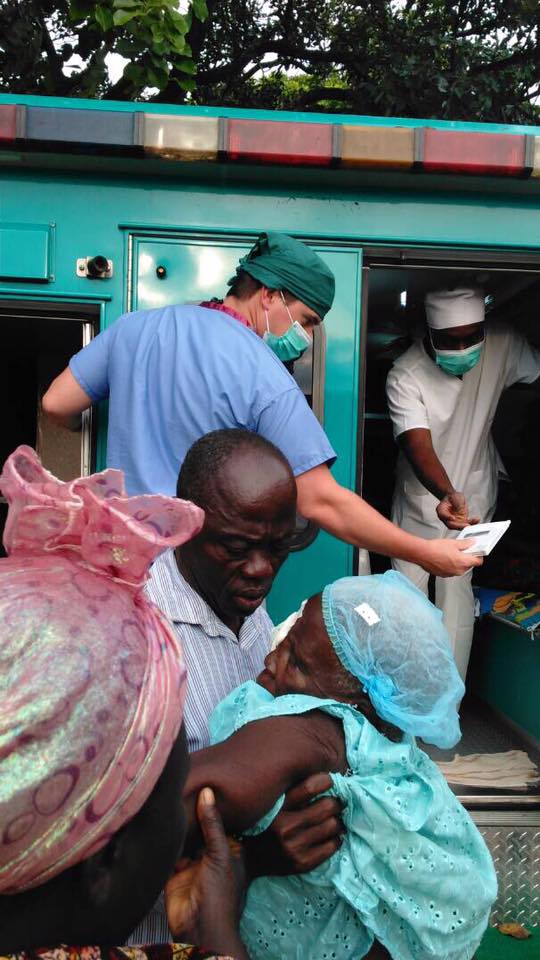 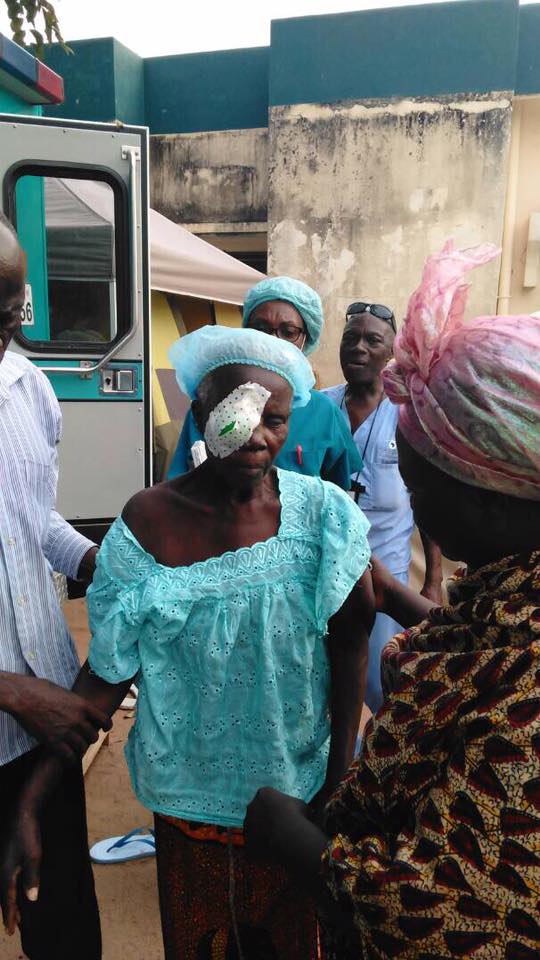 This region is known as the place where “no charities go.”

At least, that is what we were told by the Ministry of Health in Togo.

When the team arrived, they met 400+ people suffering from various eye diseases and blindness. 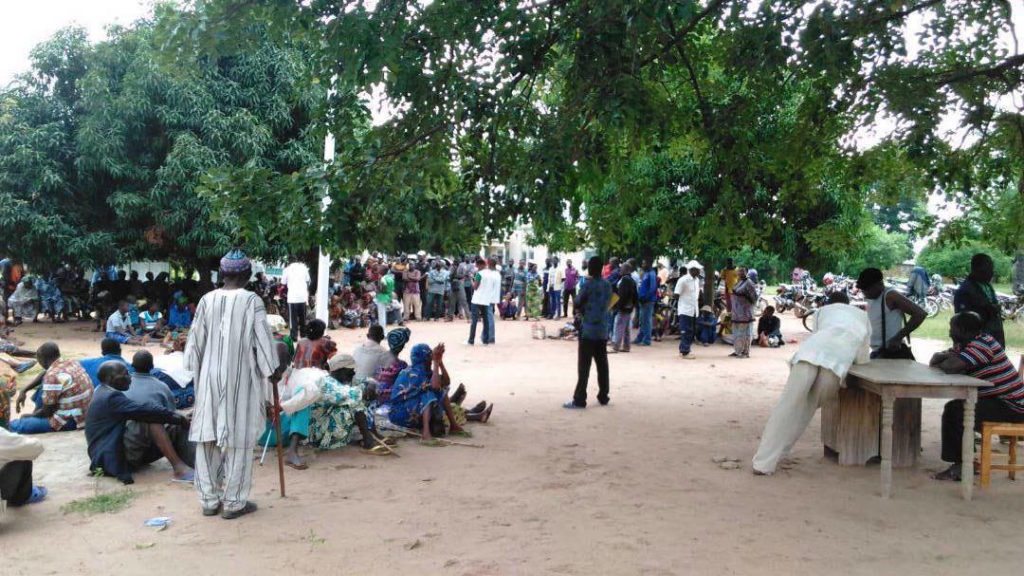 Based on the sheer numbers, it was obvious that eye care had not been there.

The team quickly selected the fifty patients for surgery, and many more were put on a waiting list for next month’s surgical outreach. 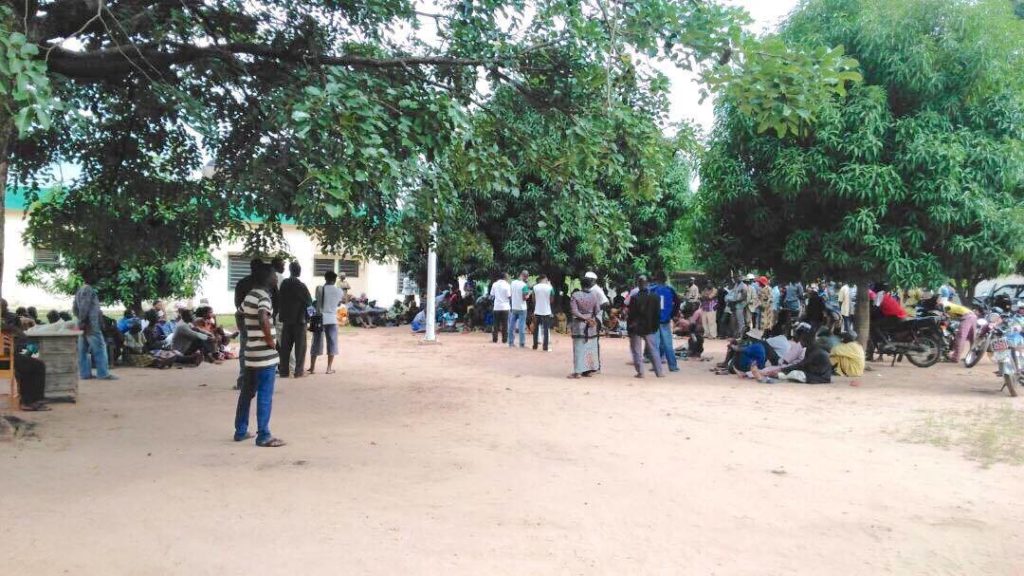 At face value, this region appeared very similar to others that we had served. However, we have met more challenges here than we usually face.

Our Togo Director, Meza, told me the Ministry of Health’s reason for why charities do not go to Elavagnon.

And that reason? Witches.

He expressed that no charity, not even secular charities, choose to work in Elavagnon. The area is known for witches and demonic practices.

The charities that try to serve here always fail in their mission.

The Ministry of Health was shocked to hear that our mission is going very well in Elavagnon.

But we do not go empty handed.

We come with a God much bigger than witchcraft, and our God is a God who loves witches…a lot!

Since we started working in Elavagnon, we have restored sight to hundreds of blind people and we have even started a church that is thriving with new believers, many of whom left witchcraft.

We don’t have to fear, and our best weapon is love.”

Please continue to pray for the region of Elavagnon.

You are making a difference in the lives of these people when you pray, not just physically, but also spiritually.

Pray against Satan’s attacks. Pray for the brand new house church that has been established there. The new believers face opposition from the enemy and from fellow villagers who do not know Jesus.

They are also experiencing a lot of physical problems aside from the numerous eye diseases.

There are two nurses, Helen Clark and Naomi Swann, on the volunteer team this week. 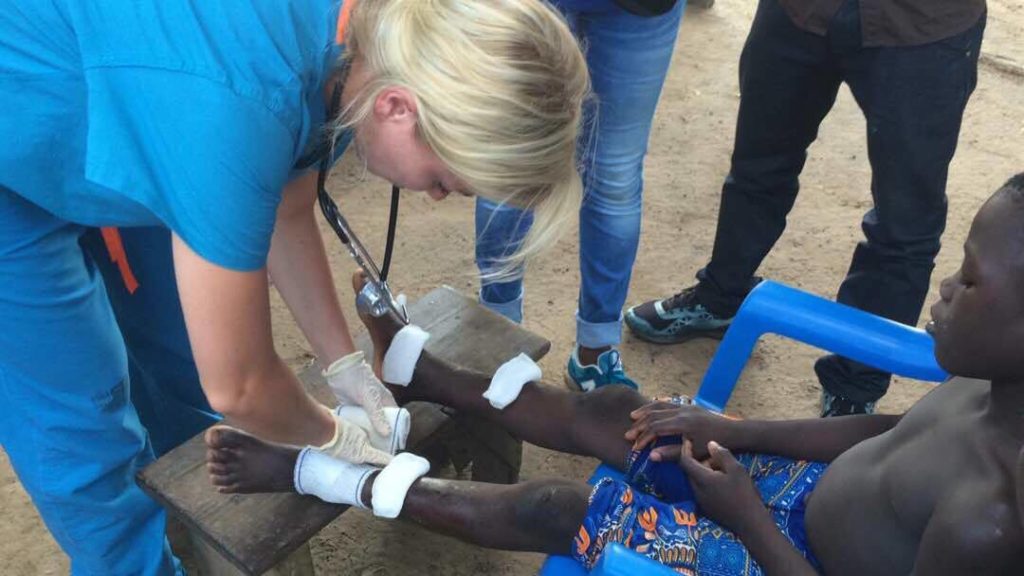 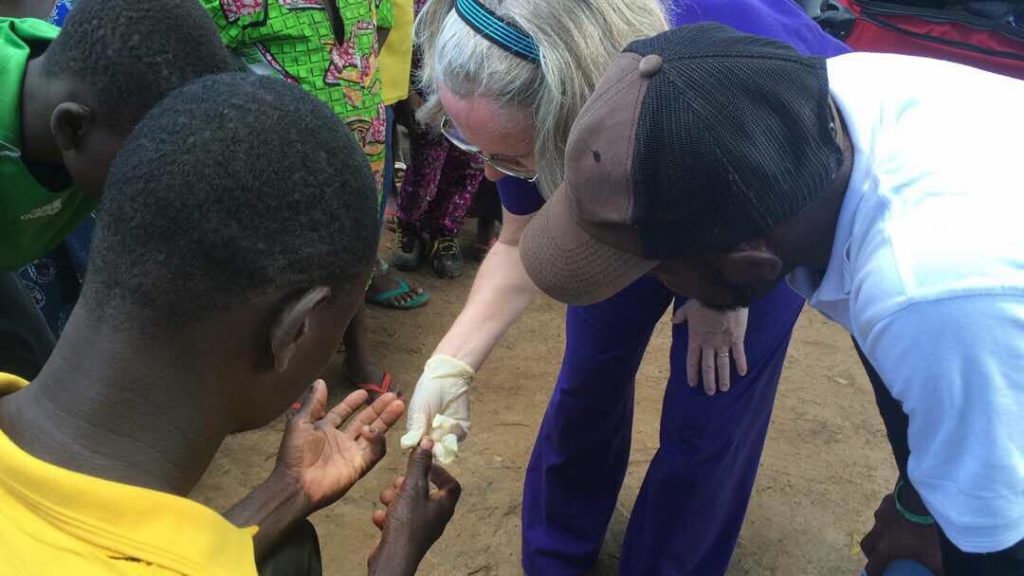 They are doing medical clinics alongside the eye surgery team. Hundreds of people are coming each day to get checked by the nurses.

There are hospitals and doctors in this region, but most people do not have the money to pay for medical help.

Normally, when people come to our team with non-eye related problems, there is nothing our eye surgery team can do for them.

Since there are nurses on our volunteer team this week, people can come and get free medical help.

Please pray for the volunteer team and the eye surgery team. It can be overwhelming to see so much need. 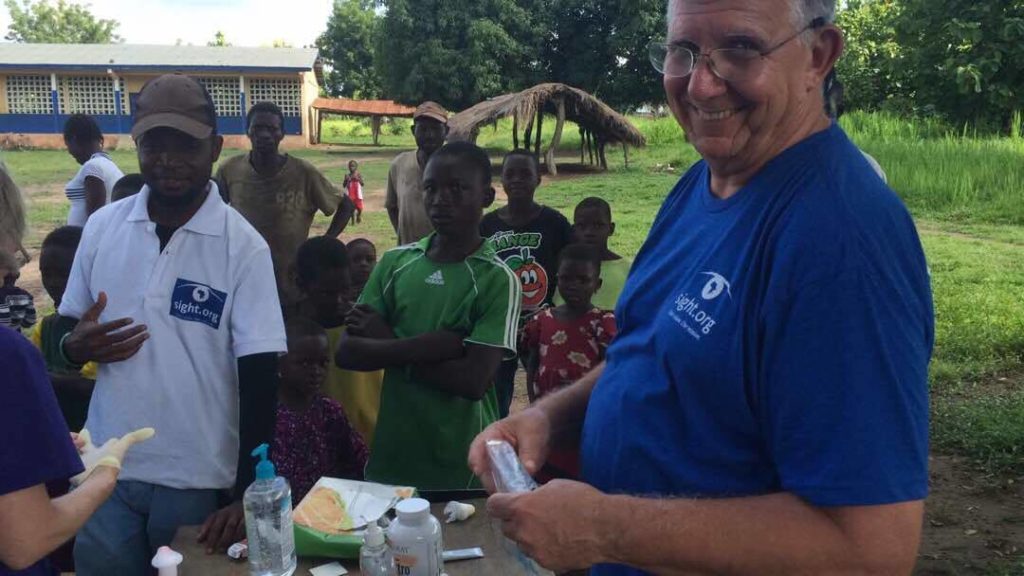 God is doing a mighty work in this region and we are so excited that you get to be a big part of that.

Lewis was able to do several Facebook Live videos this week in Togo. You don’t want to miss these! 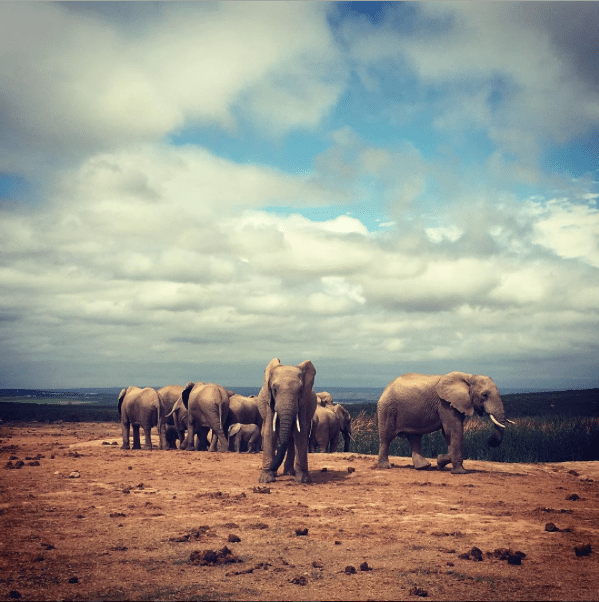 Sight.org’s founder, Lewis Swann and his wife Naomi Swann went to South Africa last month to observe another eye care ministry called Grace Vision. Sight.org is always looking for ways to learn and become a better ministry. We are thankful that we had this opportunity to learn from Grace Vision. This video highlights their trip.

Grace Vision is an awesome medical ministry very similar to Sight.org. Like Sight.org, they are bringing eye care and the gospel to the Eastern Cape of South Africa. We have a lot to learn from each other! 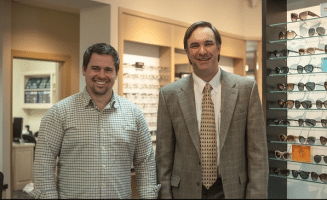 We are very excited to share this news with you!